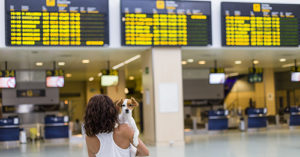 We’re in the midst of one of the busiest travel times of the year. It’s estimated that 47.7 million people will travel across the globe between December 19th and January 5th. That’s an estimated 2.2 to 3 million passengers per day! There were a record-breaking 26 million people who traveled by air over the Thanksgiving week this year. Flying the friendly skies has continued to become an even more popular option and generating buzz in the news. Naturally, emotional support animals have followed.

Beware Of The Common Misconception

Emotional support animals, or ESAs, are not considered service animals. This is a common misconception. The two terms are frequently used interchangeably. The difference is that emotional support animals are not specifically trained to perform a certain task.  Rather, they offer companionship and help relieve stress, depression, and anxiety. It’s no question that dogs have magical healing power for humans! They aren’t called “man’s best friend” for nothing!

“That emotional support designation really exploded the number of animals that are traveling on planes,” Dr. Jennifer Shults told wral.com.

The FAA gave a final statement regarding emotional support animals. The statement aims to explain how FAA rules and regulations should be applied. The rules for ESAs are not quite as lenient as they are for traditional service animals. It’s now a bit easier to travel with an ESA, though. Clarification made by the FAA regarding ESAs includes the following: 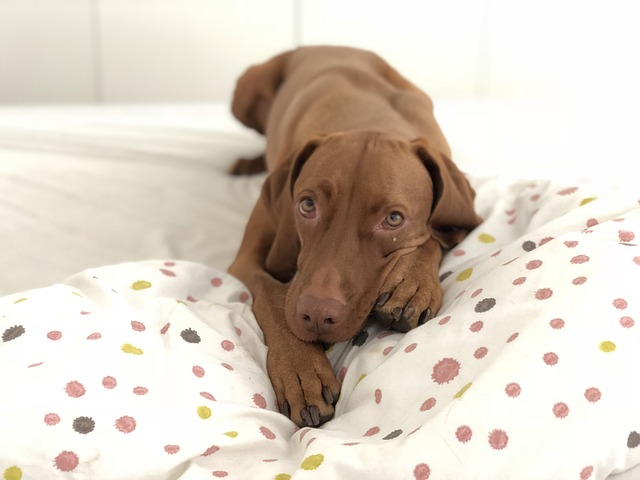 Save Yourself A Headache And Always Be Prepared Ahead Of Time

It’s best to contact your airline ahead of time if you plan on traveling with an emotional support animal this holiday season. Being upfront and honest about your plans will make for a smoother experience for everyone involved. Different airlines may still have size and weight restrictions. And of course, always make sure you have any documentation for your furbaby such as vaccination records and doctor’s statements ahead of time. It’s always a good idea to have your pup’s vaccination records handy when traveling. You never know when they might need medical attention. Lastly, make sure your dog’s microchip is up to date and always keep a collar on them with identifying information.