Vet Reunites With Terrified Pup He Won Over With A Meal 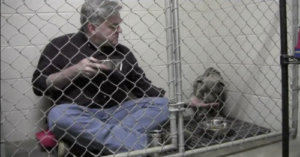 Every day, veterinarians see animals in terrible conditions. Their job is difficult, but they do everything they can to help. In one vet’s case, that means emotional support too.

Dr. Andy Mathis is an outstanding vet at a small animal hospital in Georgia, and he has a passion for animals that goes beyond “pet ownership.” He knows they’re more to us than that. According to his own website:

Dr. Mathis’ methods can be clearly seen in the most heartwarming video ever. The video features a gray Pit Bull named Graycie Claire. She was found alone on a country road by people who weren’t able to keep her.

When she arrived at the animal hospital, the poor dog was in terrible shape.

Graycie was emaciated, dehydrated, and hypothermic. But most devastating at all, the unspayed dog suffered from a prolapsed uterus that prevented her from urinating normally. Dr. Mathis took her for emergency surgery right away. He also made sure to have her spayed.

Still, Graycie was hesitant to eat and underweight. To a dedicated Dr. Mathis, the thing to do was climb right into the kennel with her and show her the ropes. God bless him for capturing the historic event on video!

The poor sweetie is so scared, she cowers in the corner. Dr. Mathis doesn’t pressure her, he simply lets her know the food is there while he enjoys his own coffee.

It’s about a six and a half minute video, but presumably the meal went on longer than that. As an extra but somewhat irrelevant bonus, another happy pup pops in for a hello at one point.

When people were naturally smitten by the video, Dr. Mathis told The Elberton Star stuff like this is typical around his clinic.

“I didn’t do anything my staff doesn’t do on a regular basis for these animals. I just happened to be the one who was on camera.”

The entire video is available for your viewing pleasure below:

When you have no pancakes for breakfast. . . .

One year after the viral breakfast date video, Dr. Mathis and Graycie sat down for the world’s cutest anniversary meal. Her progress is so clear. She’s no longer afraid and looks much healthier! 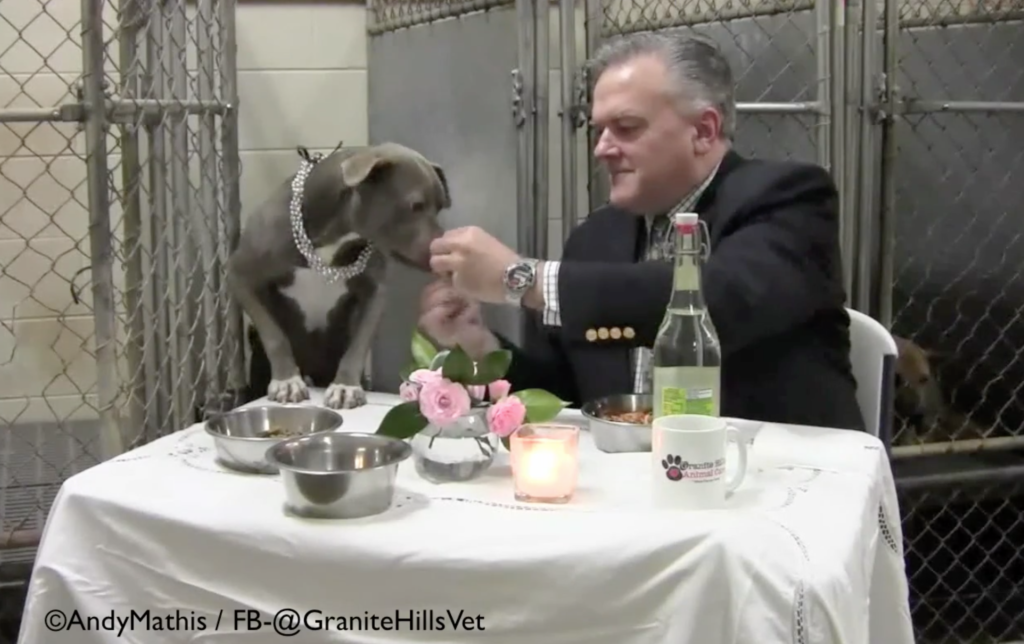 Dr. Mathis still shares videos and photos of her, so at least she’s well taken care of and loved. She’s got some canine siblings she plays with too!

Check out the clinic’s Facebook page for more information about Graycie Claire.

The post Vet Reunites With Terrified Pup He Won Over With A Meal appeared first on iHeartDogs.com.