Ernie is a 10 month old male Patterdale Terrier being fostered in Gloucestershire in a family home of two adults and two dogs. He came into our care recently with his brother – the family they came from were struggling with the pair of them together and felt they were out of their depth, they did love them both and did the right thing in handing them over to rescue to be assessed so they could placed correctly. Ernie has settled down quickly in his foster home he is obviously the more out going one of the two and more braver one. He gets on well with the other two dogs which are an older Labrador and a younger Labrador mix girly. He plays with her. He also travels well, is house trained and sleeps at night in his crate with no problems. He has been left a few times during the day and will bark but we are working on this and hopefully improved by the time he goes to his new home as its still early days. 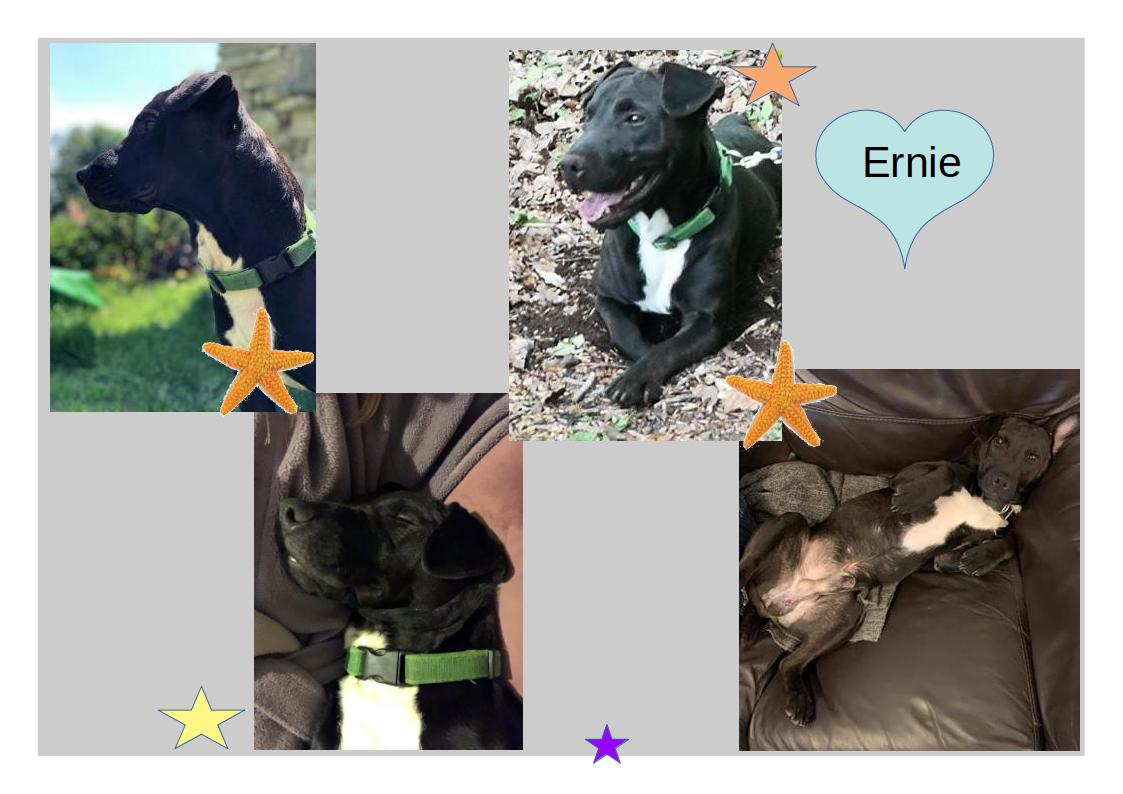 Ernie like his brother has a lovely temperament with people, is a real cuddle monster, loves cuddles and being snugged up to you. He is more puppy in his behaviour and has the usual puppy fits you would expect of a young Terrier that age where he runs around like a crazy boy playing and getting up to mischief. He enjoys playing with the younger dog and ignores the older dog. Out and about he can be wary of other dogs but is much more likely to go up to them and want to play but he gets scared if they start jumping on him or over the top and he will snap then and get nervous so although a lot better than Bertie in confidence it still needs work and a lot of more socialisation but he is not far off.

His foster home has been working on his lead walking etc and he is a bright little chap and picked it up quickly. His recall is pretty good too. He has a lot more stronger character than his brother probably more like a typical Patterdale and really needs an experienced home to help guide him out of puppyhood into adulthood. He could go as an only dog but would probably benefit from being with another dog but one that is confident and can act as a role model to him. Ernie is not for first time dog owners – he needs an experienced Terrier home.

Ernie is neutered now, vaccinated chipped and been fleaed and wormed. Please email us in the first instance for our questionnaire so we can learn more about you and the home you can offer him.