Hector is an 18 month old male Staffordshire Bull Terrier cross Whippet. He has come into rescue as his owners were struggling to cope with his lead reactivity and didn’t feel they were in a position to help him over come it. Hector is quite reactive to people and busy places and vocalizes quite loudly when faced with something unfamiliar to him. We have been working on Hectors reactivity for a month now and it is nicely under control in most areas. He can walk calmly in busy public places now and is much more receptive to training in general. He is still unsure meeting new people and we are continuing our work on this but he is young and smart and responding well to being given a new way of thinking. 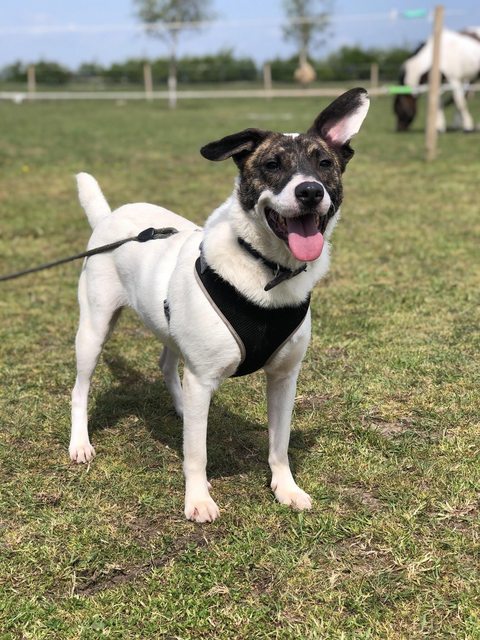 Hector has always been timid in nature and weary of strangers from an early age. Whilst his family have done their best to combat this he has not overly been pushed out of his comfort Zones due to fear of how he will react in new environments so has not come on a lot with meeting new people. The good news is that whilst Hectors lead theatrics are at the top of their game he has not bitten and the behavior manifests in vocal outbursts rather than volatile aggression. We do believe this is coming from a place of fear in an unstable environment where he was struggling to cope with adjusting to things rather than an ingrained behavior. This is basically fear reactivity coupled with his fear of strangers. He will need training with people and a positive association will need to be built with new people entering his space. We can advise on this further with a training plan we have set out for him. 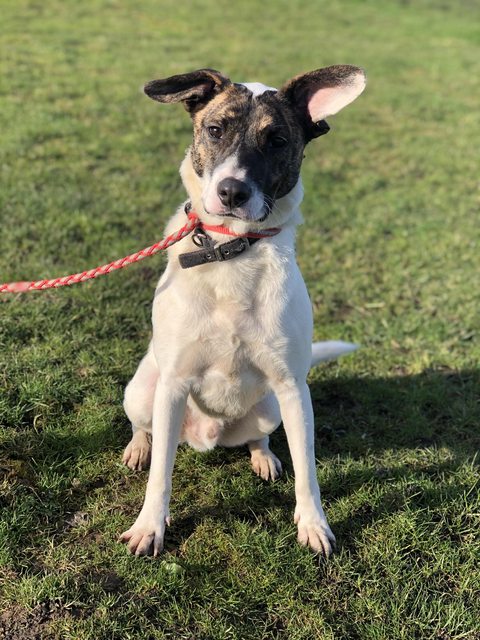 Hector is a typical example of his cross breeding; a complete live wire, boisterous, mouthy and incredibly sweet lad when he knows you. He is incredibly nervous with strangers and does bark but this is really improving with gentle encouragement and positive reinforcement. Hector has so much character. He enjoys being fussed and loves companionship. If you sit down he jumps onto your lap and begs you to stroke him. Hector shares his suite with another dog and gets on well with them. He has previously lived with one also. He is unphased by dogs and doesn’t have any issues with food, beds or toys however his reactivity sometimes triggers him to redirect this anxiety on to another dog so we are looking for a dog free home for him. He mingles with lots of different characters without problems and he enjoys having a play.

Hector needs a home experienced in fear reactivity. Adopters need to stand their ground and deal with the situation quickly and calmly in order to not exacerbate his outburst further and deter him from thinking that this behavior gets a reaction. Adopters will also need to continue with the training the rescue has put in place here so that Hector is set up to succeed in his new home.
Hector is incredibly scared at first meets, he can be vocal and problematic, he also lunges in an attempt to get people to leave him alone and doesn’t initially allow people to touch him. 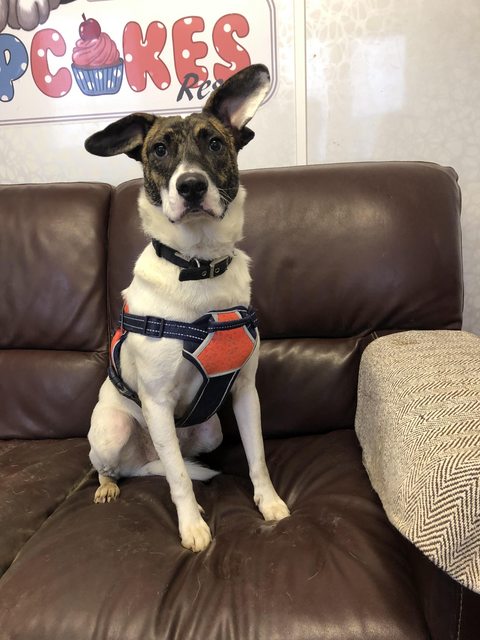 Once he knows you he is all over you. He is a typical under socialised puppy who needs an experienced home to combat this. His behavior has come on leaps and bounds in rescue with other confident social dogs and positive reinforcement. He cannot go to a home with young resident and visiting children due to the fact that he is exceptionally fearful at first meets and early days and we don’t feel at this stage they will be beneficial to his development. He will take time and patience but we are confident in the right home he will flourish into a wonderful social little lad. Hector will benefit from some politeness training as he’s quite unruly and a home that is active; he loves to walk and has a fantastic recall. When he’s regularly exercised his outbursts improve dramatically. A tired dog is a happy dog we always say.

??Hector is neutered, vaccinated and microchipped. Please send us a message to enquire about our adoption process. We require an APPLICATION and HOMECHECK BEFORE we can arrange for applicants to meet Hector on an APPOINTMENT ONLY basis. Minimum adoption donation applied.