Pablo is a sweet little 5 year old male Beagle Cross. He is a gentle and sensitive soul with a sweet face and disposition. He is a beagle cross, black in colour with a white tail tip and paws.

When Pablo first came to the rescue he was very nervous and shy. But since he’s been having some recreation time with staff and other dogs, he’s really starting to come out of his shell. He is a lovely little dog. He’s fine with other dogs as he shares a kennel. He is active and is looking for owners that can give him the exercise he needs along with the time and training to help him build confidence. He would suit an active family, being Beagle cross he will have lots of energy. 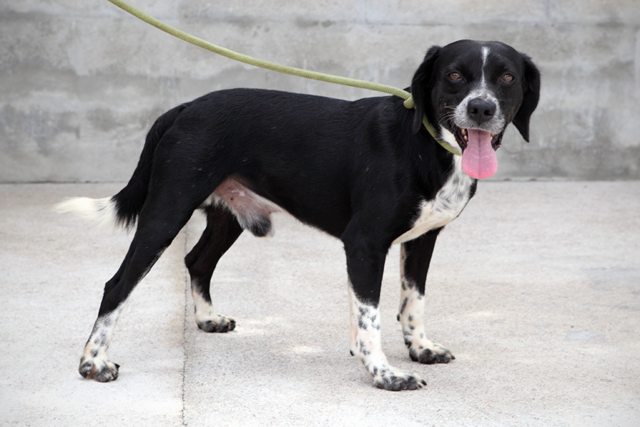 We don’t know how he is with cats. We think young children will make him uncomfortable. We need a family with another resident dog to give Pablo confidence. He is a sweet lad who needs someone to love him. Very shy but friendly with people and other dogs. 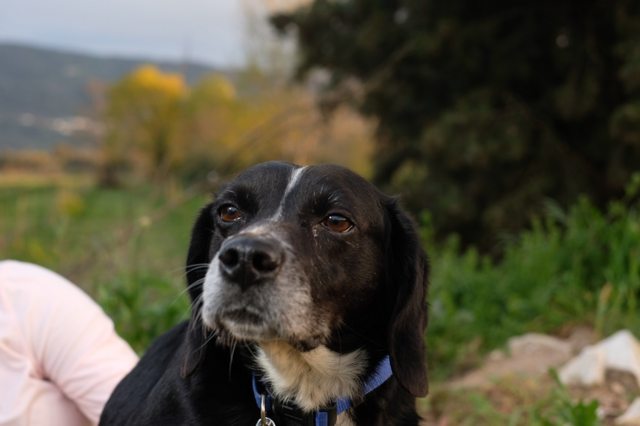 Foster Report: Pablo is a gentle and sensitive soul with a sweet face and disposition. He is a beagle cross, black in colour with a white tail tip and paws. He was taken into foster a couple of months ago because he had been adopted and we wanted to socialise him more. 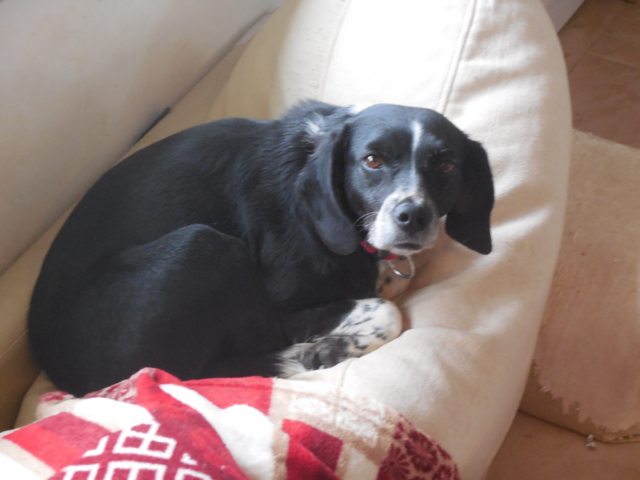 Sadly his adoption fell through and he is available once again for adoption. Pablo is a very sensitive, shy boy. He has spent most of his life in kennels so has seen very little of the outside world. He is slowly gaining confidence. He is in foster with several other dogs, puppies and cats. 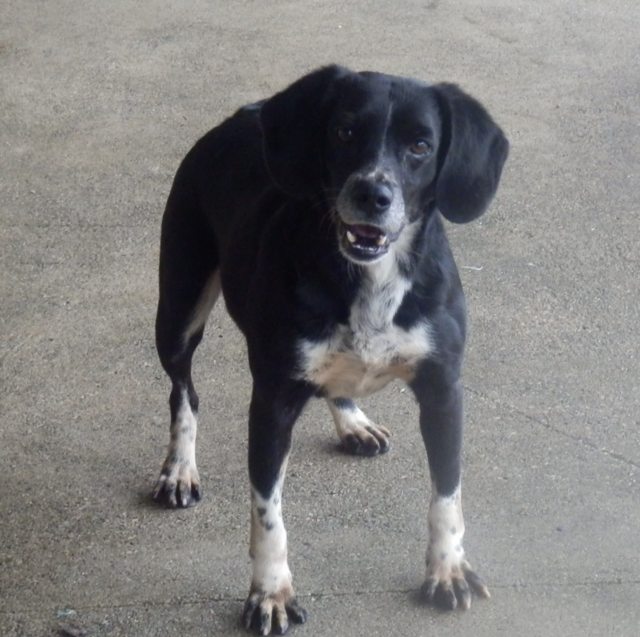 Pablo will let us go up to him and stroke him but he hasn’t quite gained the confidence to come up to us. He doesn’t have a bad bone in his body. Pablo now needs to find his forever home where he will get more one on one attention. He will need someone who is patient and can teach him that the world is not a scary place.

Pablo was tested with Leishmaniose even though he showed no symptoms of having the disease. His kidney and liver functions are absolutely fine so he is on daily medication for the condition. 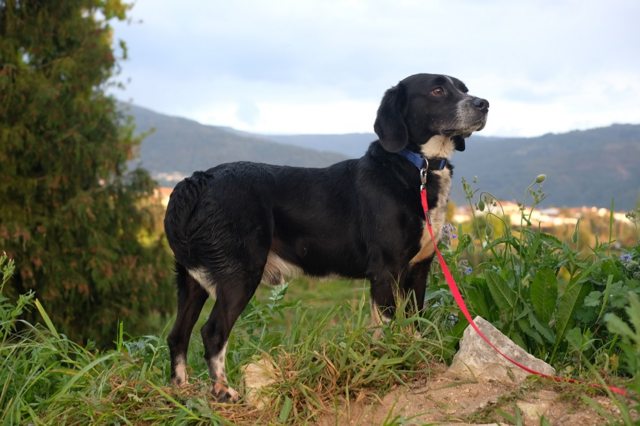 Current location is in Portugal can travel to the UK once he has a home to go to.

Adoption Fee : £275 – to be paid direct to the Portuguese rescue to cover travel costs via UK bank account.