Woman Freaks Out After Man Asks Her To Leash Dog 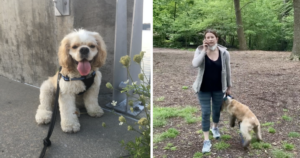 WARNING: Photos and videos depict blatant abuse, but the pup has been checked out and is fine.

As amazing as dogs are, not every dog parent deserves to have a loving dog by their side. This became especially clear when a video went viral overnight, showing a woman’s nasty reaction to being asked to leash her dog. Her dog had been running free in Central Park, despite the many signs that clearly state the rules.

When a man politely asked her to put her dog on a leash, she freaked out and called the cops, telling them nothing but lies. Luckily, the entire exchange was caught on video.

Christian Cooper was birdwatching in the Ramble at Central Park. He explained that it’s the best area to find birds because dogs can’t run free and scare them off. However, he often came across people who didn’t want to follow the rules.

When Christian saw Amy’s dog running without a leash, he approached her. He politely reminded her that dogs need to be leashed at all times, pointing out a nearby sign. He even suggested an area where she could let her dog run. However, she just argued that most dog parks were closed and that this was her safest option. 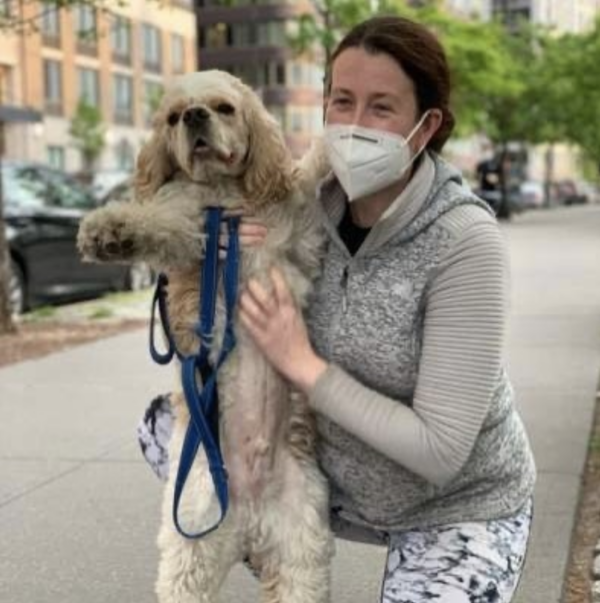 Even though Christian had tried to ask nicely, the woman lashed out at him, refusing to leash her dog. That’s when Christian decided to make a point. He reached in his pocket for some dog treats, which he kept with him for dogs in the park. When it caught the dog’s attention, Amy screamed at him to not touch her dog. Then, she finally put the leash back on.

Christian saw the woman growing furious, so he began recording their interactions just to be safe. It’s no surprise that the woman did not want a camera pointed at her face.

Amy walked closer to Christian, demanding that he stop recording. She held her dog extremely close to her, causing the poor dog to appear in distress. The dog tried to squirm free, but she just kept yelling at Christian. Then, she began to act even more irrationally.

“I’m taking pictures and calling the cops,” she said in the video. “I’m going to tell them there’s an African American man threatening my life.”

Christian encouraged her to call the cops. After all, he had done nothing wrong and he was recording the entire conversation. So, Amy proceeded to call them. Instead of telling them the real situation, she said that the man was threatening her. Then, she started talking louder and more panicked, acting as if she was really in danger.

By the time the cops showed up to the scene, Amy and Christian were already gone. Not only had she lied, but she had also wasted their time during a serious pandemic. Luckily, the video of her rant went viral on social media. Soon everyone had something to say about this unusual interaction.

After seeing the video, many dog lovers worried about the poor dog. Once Amy had gotten angry, she seemed to stop caring about her poor pup’s wellbeing. Luckily, Abandoned Angels Cocker Spaniel Rescue announced that the dog is no longer in Amy’s care.

“As of this evening, the owner has voluntarily surrendered the dog in question to our rescue while this matter is being addressed,” the rescue wrote on Facebook. “The dog is now in our rescue’s care and he is safe and in good health.”

Amy has also been placed on administrative leave by her employer. Since then, she has reached out to apologize for her actions. She said she was scared, and she knows that doesn’t excuse her behavior. Christian even agreed to accept her apology as long as she never does anything like this again. Luckily, her dog is safe and she hopefully learned her lesson about overreacting.

Oh, when Karens take a walk with their dogs off leash in the famous Bramble in NY’s Central Park, where it is clearly posted on signs that dogs MUST be leashed at all times, and someone like my brother (an avid birder) politely asks her to put her dog on the leash. pic.twitter.com/3YnzuATsDm

The post Woman Freaks Out After Man Asks Her To Leash Dog appeared first on iHeartDogs.com.