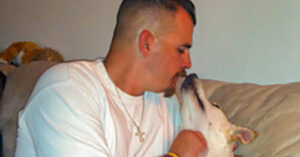 Part of each sale through the iHeartDogs store is donated to Greater Good, which helps support various charities. Thanks to customers like you, happy endings, like the one below, are made possible.

Conventional treatment was not helping Sergeant Renteria deal with his symptoms of PTSD and TBI after his deployment to Iraq as an infantry soldier. PTSD left Adam feeling isolated; being out in public would cause severe panic attacks. Rooftops and windows still seemed like places for snipers to hide. Walking around corners caused severe anxiety. Debilitating nightmares made sleep impossible, and noises reminded him of the war zone he had just left.

He knew he needed something more than medication and intermittent therapy sessions. Adam needed someone he could rely on, someone who could make him feel protected in public and allow him to not isolate himself by staying inside. 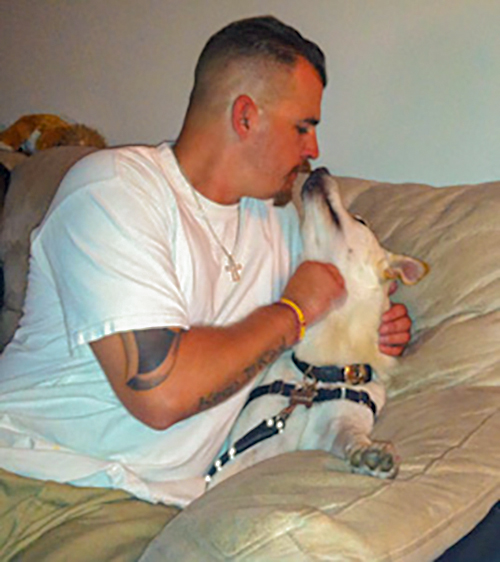 Pets for Vets found Rakassan, a Jindo mix, at a local shelter. He excelled at his training, learning new behaviors to help with PTSD very quickly, but he took more time to become used to an outside environment. When they met for the first time, Rakassan climbed up on the couch next to Adam and nestled in next to him. Since then, they have become inseparable, and Rakassan is in tune with Adam’s every move, sleeping with him at night, which eases his nightmares, being vigilant to their surroundings, so Adam does not have to be, and to help Adam feel comfortable in public. Adam now enjoys going on outings, including his son’s baseball games.

Adam has said, “Clarissa (Black, founder of Pets for Vets) is my angel. She found the most perfect dog for me. I would not have been able to pick out a dog that was better suited to me. Rakassan and Pets for Vets saved my life.”

Your support is pairing veterans like Adam with dogs who make a difference in their lives! When you buy items from the Pets & Vets collection in the iHeartDogs store, 20% of your purchase helps pair a veteran with a shelter or service dog!

The post Your Support Gave A Veteran A Friend Who Helps Him Live Life Fearlessly Again appeared first on iHeartDogs.com.