Bun is a large sized 2 year old male Cross-Breed. He was born, together with his siblings in a field visited by the owner once a day to bring less than enough food. Their mum was 24/7 chained and desperate whenever her pups would go further than her two meters chain. The pups were raised there, unattended, with scabies and fleas. At 7 months there were three of them remaining, with their mum. The pups were rescued, but, because of their little socialization with people, only one of them was not scared of everything. 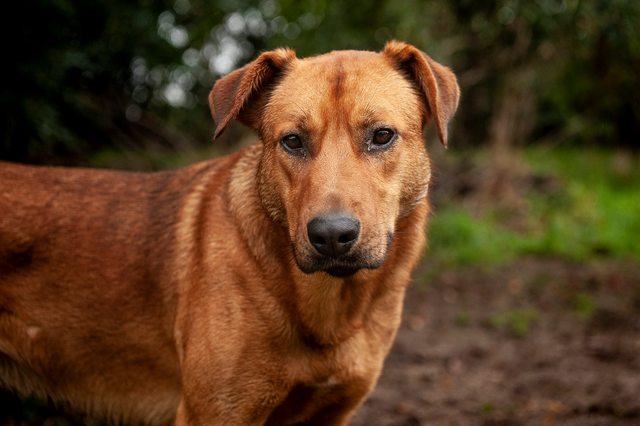 This sibling was the lucky one, as he is now living in Germany with a wonderful family. The other two siblings, Norte and Bun, were brought to a foster family but, unfortunately it was a little experienced one and they were completely free to leave the badly enclosed field. When the foster time expired Norte and Bun were two 9 months old big scared pups.

We needed more than a month to gain enough of their trust to be able to set a trap and chase them. Just when we got them to a small enclosure of 4m x 4m they got parvovirosis but both are fighters and survived. It took a bit to get them to love their new foster family, to start going on walks that they love and to start meeting new family members. 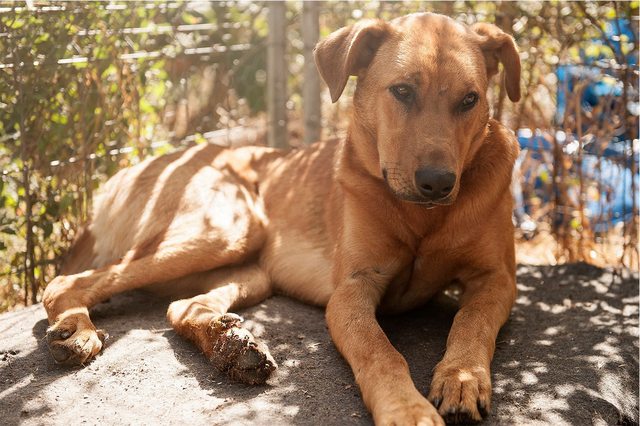 Bun is a shy lovely dog. He is curious and love people and is very affectionate but because of his fear he needs a little time to be able to approach to new people. He loves playing and running, but despite of his young age he is a calm dog. He is very sweet and loves giving kisses. He loves going on walks but he needs space when meeting other people he doesn’t know. He goes well on the lead unless encountering unexpected noises or people and, as a little defect, he likes jumping to cars. He is not suitable with cats but he is good with dogs, although he is a bit jealous. 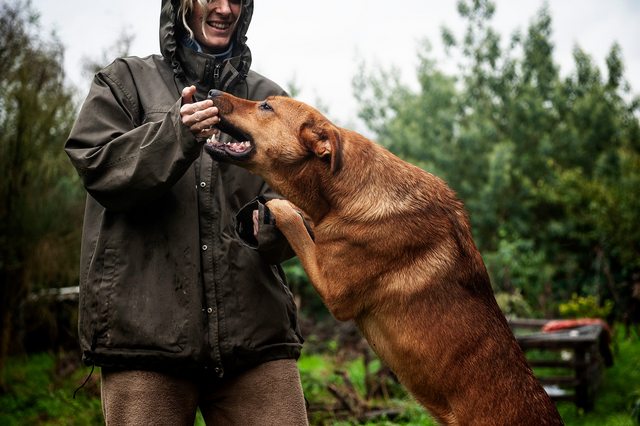 We sent him one week to a house with other dogs and without his brother or anyone he knew and after a day he was all the time close to the girl living there and sleeping in her room even if he had never been inside a house. He would suit better to a experienced family living in the countryside or in a small village. 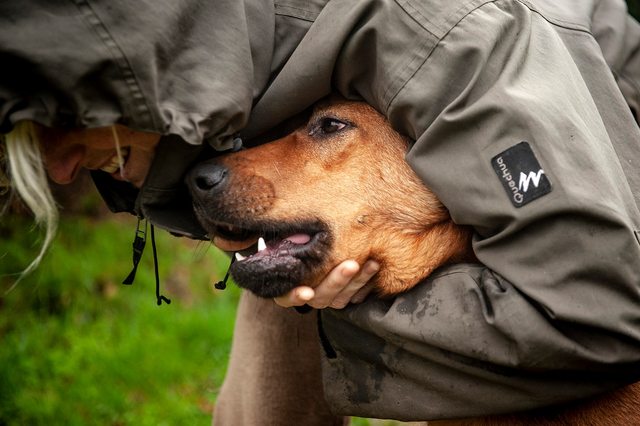 If you can offer this survivor the wonderful home he deserves, please get in touch with us.