Fig is a six year old medium sized Cross-Breed. He originally came into our care around four years ago. He was quickly adopted and stayed in that home got around a year before being returned to us because he snapped if his neck was touched/collar grabbed. He was reassessed and we worked on this issue before putting him back up for adoption. In the past few years he has been adopted a couple of times and spent time in two different foster homes. In the multi dog foster homes his behaviour was a little quirky but not at all problematic and he is a friendly and , happy and charismatic dog. Fig fostered near Norwich. 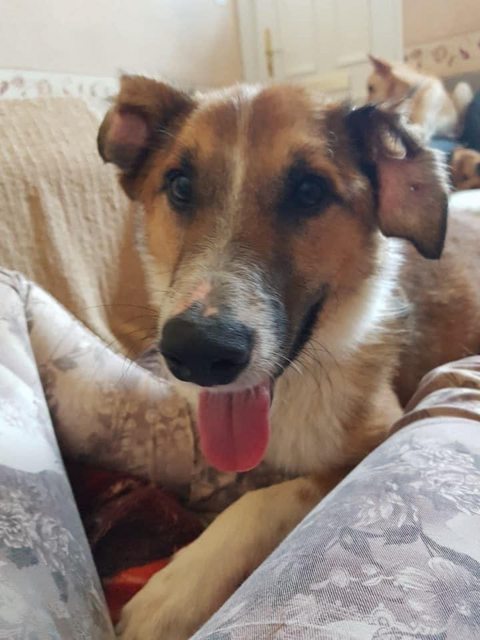 In one of the homes he was very quirky, scared of traffic, scared of the man in the house, scared of the one other dog in the home and scared to go on walks. Despite trying for several weeks his adopter reluctantly returned him as he seemed very unhappy there. He was recently adopted again as an only dog but brought back two days later because he pulled on the lead because he was excited to go on walks and growled at he adopters two adult daughters.

Fig is back with us again and looking for an experienced home. He seems to behave differently in every environment he is placed in and all we can assume is that he does so well in his foster home because he feels reassured and safe to be in a pack. This makes very little sense as Fig was attacked by a pack of dogs in Romania in his early years before he came to us but it is what it is. 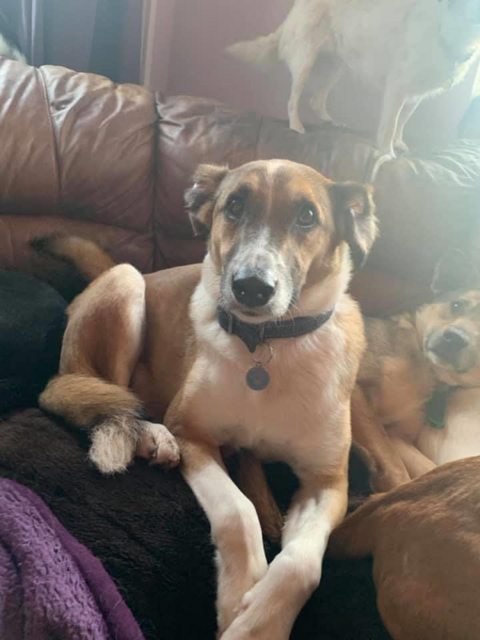 So we are looking for an understanding experienced adopter with no children ( even though he adores the children in his foster home but we cannot be sure he will be okay with others ). He is just a lovable bundle of contradictions, not easy to fathom out but certainly ketos life interesting.

The Fig I know is comical, loving, happy and easy dog but he has a history we have to be honest about and we just have to hope there is someone out there willing to give him another chance. Our adoption fee is £270. He is vaccinated, microchipped and neutered. If you are interested please message or call between 9am and 6pm.