Meet Jorge (Spanish for George). Jorge is a striking small size 1 year old male Ratonero Bodeguero Andaluz (Spanish Jack Russell). He is in a shelter in southern Spain until he has a home to go to. 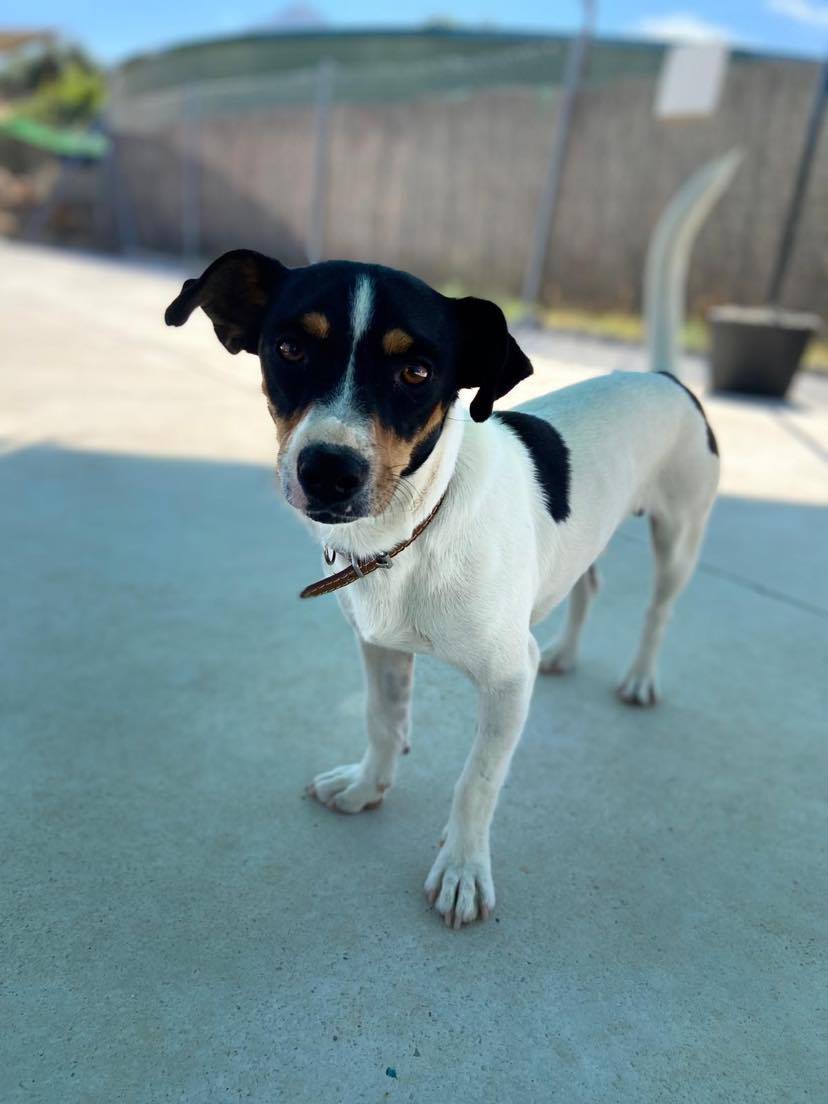 Jorge has the typical markings of a Bodeguero – white body and black, tan and white markings on his face. He weighs 8.2kg, and his measurements are: 40 cm long and 33cm high. 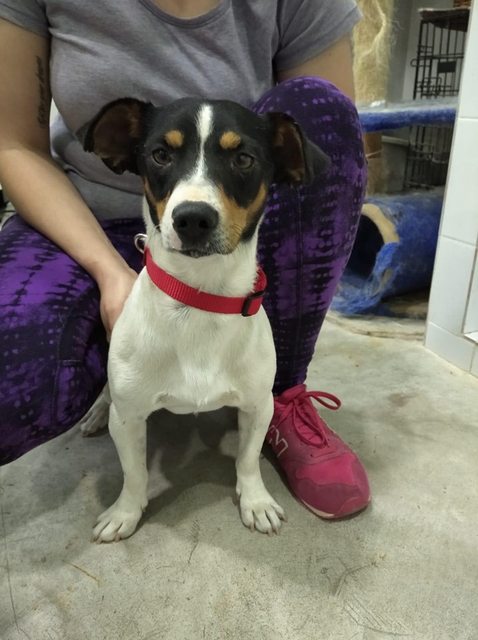 Jorge was found abandoned in our rescuers local town. last week (1 June). We think he has lived in a home and has been discarded like a piece of trash. He had no chip. He is not only handsome, but is a very playful boy. Because he has now got used to living in the shelter, we would like to home him with a friendly resident dog. 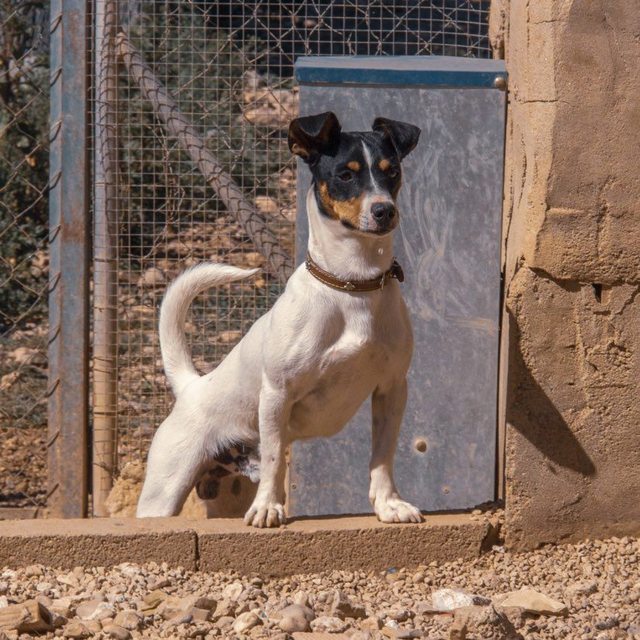 Jorge has met children and is good with them, but we think he would be better living with children over 11 as he can be quite boisterous. He will need training in all aspects, apart from lead training which he has already got the hang of. 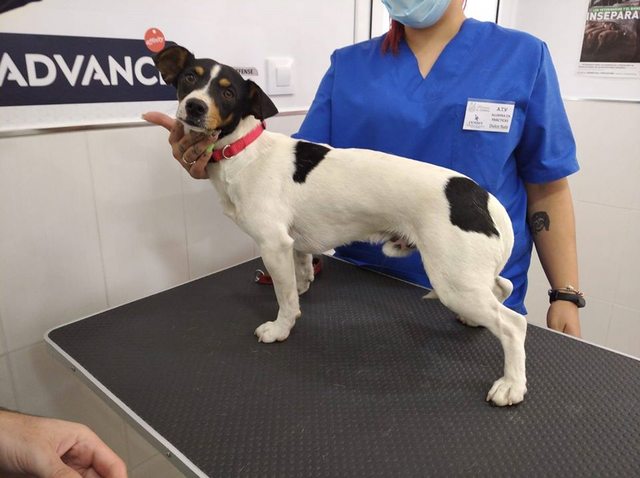 The Ratonero Bodeguero Andaluz has an appearance very similar to that of the Jack Russell Terrier, to the extent that it has on occasion been called the Spanish Jack Russell. The breed is an agile dog with a lean and athletic build. The breed is lively and brave with strong hunting instincts so we would not home him with any small furries. This breed is good with children. 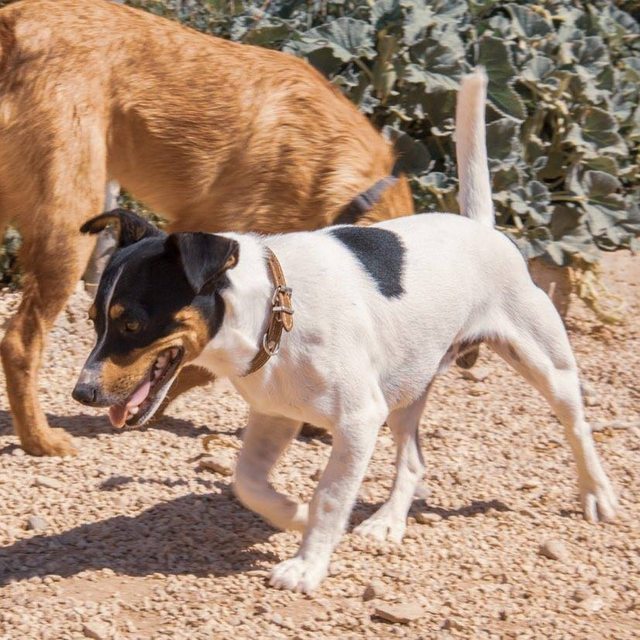 All our Spanish dogs travel from Southern Spain to the UK on DEFRA approved transport to your door.