Suzie is a pretty Collie cross of around four years old, fostered in Gorleston-on-sea. Suzie came to us a few months ago from the Botosani public shelter in Romania. A picture of her and her companion dog had been taken and captured hearts as they both looked so terrified and people wanted to help them.

When they arrived it was quickly apparent that what the picture hadn’t shown was that her companion was a far stronger character than her and has probably picked on her when there were no people around to unite them in fear. 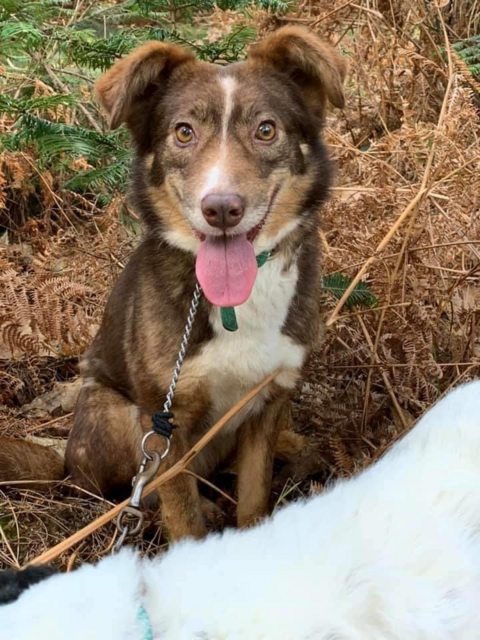 Suzie is a shy girl and had never been touched by humans prior to coming into our care. She is now at last beginning to come out of her shell and is showing glimpse of the happy and playful girl she could become. At the moment she is still frightened when approached, but there have been improvements and she is getting used to being touched.

After initial terror of the outside world she loves her walks now, shows a lot of interest in her surroundings and is wanting to run with the other dogs in her foster home. Suzie gets on well with other dogs in but particularly likes the older calmer dogs that she can draw confidence from and steady her nerves. Another dog or dogs in her forever home be essential. 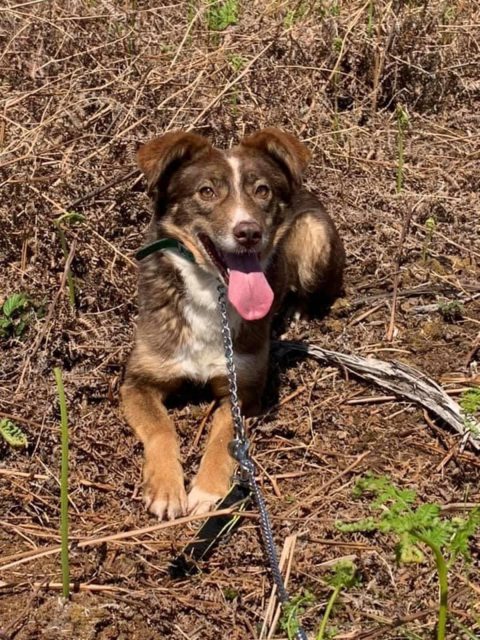 Suzie will need lots of positive input and a home that isn’t too lively. She will be fine living with children that are old enough to understand her initial fears and not too boisterous.

Our adoption fee is £270. She is vaccinated, microchipped and neutered. If you are interested please message or call between 9am and 6pm.